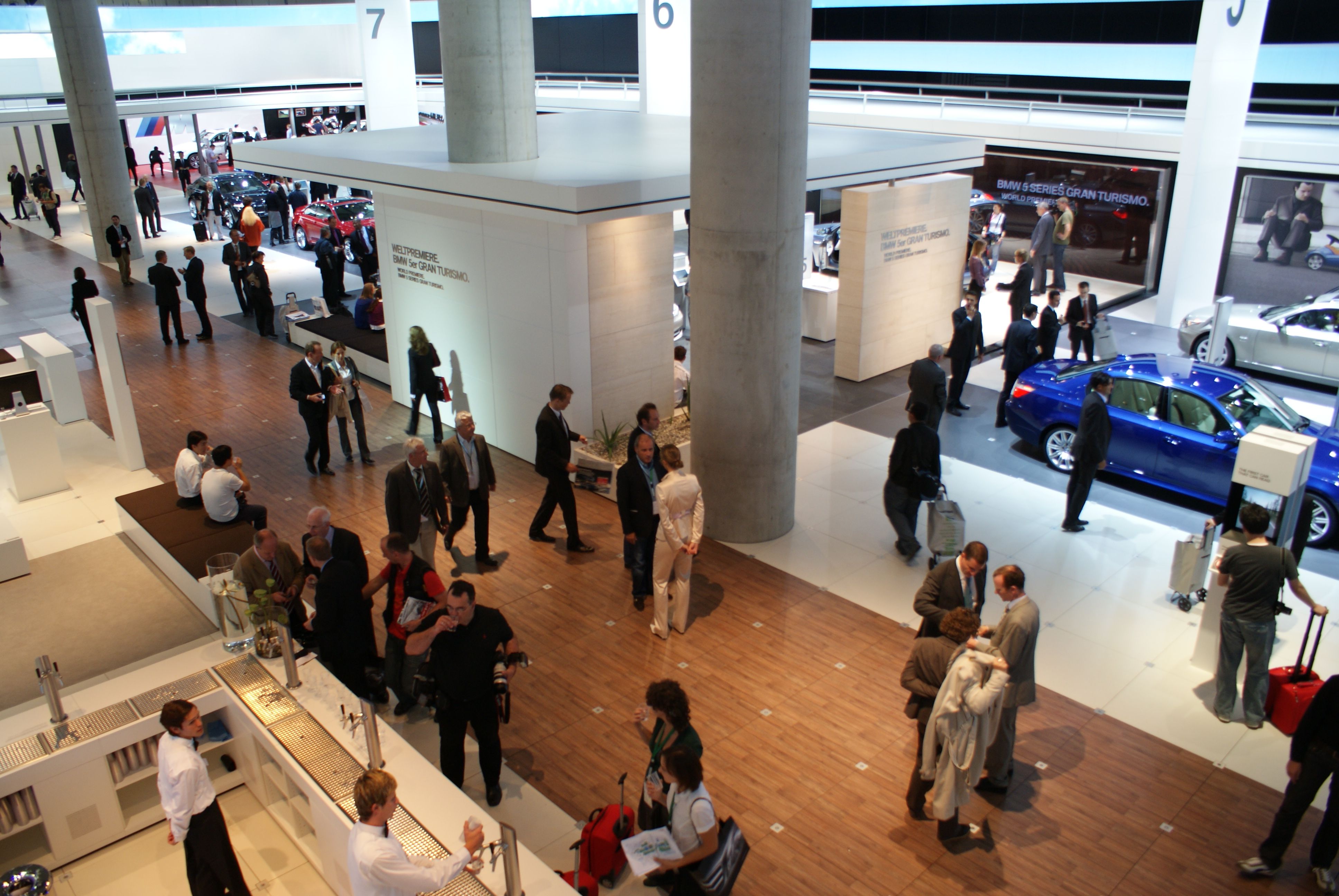 Attending trade shows can be an effort in futility, imagine being a presenter at a trade show. Sometimes you need more than just a trade show display…

One of the hard parts about running a conference is figuring out a reasonable strategy for the trade show. Some conferences don’t have a trade show at all; if you can get the attendees to pay all the costs associated with an event, then that’s a worthwhile strategy.

From 2001 until late last year there was such a downturn in the high tech industry that vendors were having a hard time justifying the costs for booths and booth staff. The XML conference certainly noticed the downturn. It wasn’t all about the money, of course. As Tim said, a web site can function as a booth and doesn’t pack up and go home after a couple of days.

Except for, everyone now has a web site, many complete with blogs and RSS feeds and Flash demos of happy customers using the product to do marvellous things. If you know the names of the companies whose products you’re interested in, or the standard name of the type of product you’re looking for (so you can at least google for it), then you’re probably well served by the web. Always assuming that what you’re looking for is the slick, polished, demo information that most web sites specialise in. If you don’t know what types of products you might need, or you don’t know the names of relevant companies, then you have a harder time trying to find it. Or maybe you’re just suspicious of whether the products shown in the slick demos really can solve the issues you have.

I’m reminded of the scientific research community. When I was doing my PhD, you either had time to keep up with the related literature, or you had time to do your own research. You didn’t have time to do both. The way you found out about stuff that actually was relevant to what you were working on was to go to a conference or two a year, listen to the papers, and talk to people. Merely publishing your research in a recognised journal was not enough; you had to take the research to where they were going to be. I think we’re getting close to this with web sites, where one of the only ways for vendors who aren’t household names to be found is to go to a trade show and make it worthwhile for attendees to stop by their booths.

So what makes it worthwhile for attendees to stop by a booth? Part of the answer is for what they can’t get off the web. Eric Sink points out, amongst a lot of other interesting comments, that the big difference is face time. Time to put companies and products into perspective, compare them to the competition, maybe talk to some real developers. Time to see whether they can trust the vendor to fulfill the promises that vendors always make about ship dates, feature sets, and standards-compliance. And time to find out about that new style of product that they hadn’t known even existed before this week.

At the XML conference we’re doing our bit to help attendees get an experience they can’t get on the web. We’re emphasizing interoperability demos, and comparative product demos. We’re getting new vendors on to the show floor, and a lot of vendors this year are planning product launches at the conference. It looks like it’s going to be a good complement to the technical program, showing attendees another side to the innovations going on in XML-land.